Bad Smell In The Armpits: Causes And Remedies 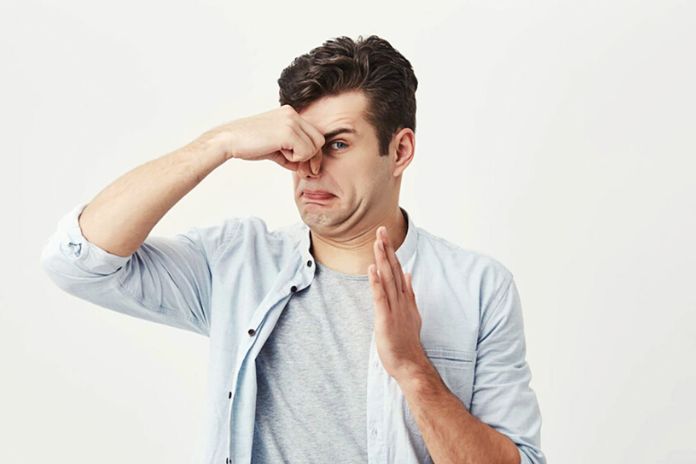 Find out what causes foul odors in the armpits due to sweating and how to fight them. There are several body odors, such as the armpit, that, despite being physiological, we are used to fighting, thanks to good hygiene practices and the most modern cosmetic discoveries. It may happen that, for example, the foul smell in the armpits becomes excessive and annoying, both for those who suffer from it and for those around them, becoming a severe source of discomfort. The good news is that this problem can be partially prevented and treated with little daily care, which helps regulate sweating and effectively fight nasty odors.

Underarm Sweating And Bad Smell? Here Are The Causes

Before understanding how to fight armpit odor, it is good to understand its causes a little more thoroughly. Some areas of the body, such as the axillary cavity, the pubic region, or the perineum, are populated both by the apocrine sweat glands, which cover the entire body surface, and by the eccrine glands: while the former produce sweat, a liquid substance and per itself odorless, the later release a particular secret, more viscous and tending to be milky and easily smelly. The typical smell of underarm sweat, which we all know as acrid and pungent, is produced by the decomposition of these two substances, carried out by the bacterial flora that populates the skin surface of the armpits.

Bad smells are, therefore, not necessarily due to poor hygiene but are often linked to simple hormonal and glandular factors. In stressful conditions, for example, the sweat glands are stimulated to secrete abundant quantities of physiological secretions, increasing the probability that these become a source of unpleasant odors. Furthermore, excessive sweating of the armpits and lousy odor can be linked to hormonal variations, as occurs, for example, during particular moments in life. Such as puberty or menopause, it is taking medications, or certain conditions, such as hyperthyroidism.

How To Fight Foul Odor In The Armpits?

Although, as mentioned, the pungent odor is not always due to a lack of hygiene, it is undeniable that correct and thorough cleaning remains one of the remedies of choice to counteract the onset of foul odors. It is essential to wash the armpits with soap and water, preferring neutral and delicate detergents which do not irritate the skin and glands. The aim is to eliminate all traces of sweat, secretions, deodorant from the previous day, or residues of soaps or other cosmetics, keeping the armpits perfectly clean.

In some cases, frequent washing may be indicated several times during the day. Rinse the armpits after a motor activity involving profuse sweating is obviously more than recommended. It is also essential to carefully choose the deodorant to apply, opting once again for a gentle product on the skin and choosing it according to your lifestyle or the activity you will have to face. There are deodorants with extra-performing formulations specifically designed to cope with situations of more significant stress or more intense physical activity.

Among the best remedies for armpit odor, there is also a correct choice of clothes. Wearing clean and fresh clothes is a good move when you want to control the appearance of bad smells. It can also be helpful to prefer clothing in fabrics such as cotton or other natural fibers, avoiding synthetic garments or clothes that are too tight, which prevent the skin from breathing. It can also be indicated to keep the armpits free of hair: the hair concentrates the presence of bacteria, residues of sweat, and secretions.

It can contribute to the formation of foul odors .And, without some particular categories of food, it is another of the secrets to put in place if you want to avoid bad smells. Giving the body a healthy and balanced diet is a gesture of love for oneself, but in addition to excluding from one’s nutritional regime heavy and difficult-to-digest foods, spices, or ingredients such as garlic, onions, and nerve substances, such as caffeine and theine, can offer a valid contribution in the fight against hyperhidrosis and bad body odors. Good management of anxiety and worries. Finally, it can be another trump card to keep sweat glands at bay, as well as to lead a more relaxed life and stay away from the harmful effects of stress.

Also Read: Facial Schedule: Learn How To Take Care Of Your Face Daily

5 Beauty Tips To Have Luscious Lips