Sciatic Nerve And Vitamin B12: What’s The Link? 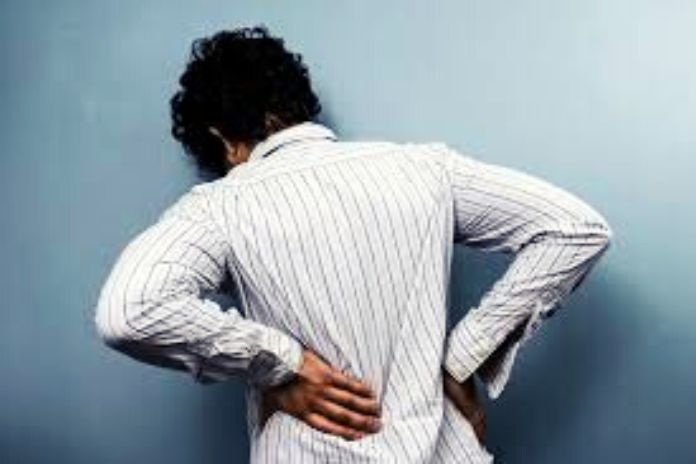 Is there a direct link between a lack of vitamin B12 stores and sciatic nerve pain? It would seem so. The so-called sciatic nerve is the longest in the body, running from the hips down both legs.

Your inflammation or other problems related to it can have numerous causes; one of these could be a vitamin B12 deficiency, which can manifest itself as pain in the lower and back of the body, as well as a nagging pain in the back of the legs, especially in the calf, with involvement of the tibial nerve.

Cobalamin, or vitamin B12, plays a vital role in the production of myelin, a complex system of various proteins that make up a layer of fatty film around the nerves, with a function similar to that of plastic coating insulation around electrical wires. Pain sets in if this lining becomes depleted due to a vitamin B12 deficiency.

What Is The Sciatic Nerve?

The sciatic nerve, otherwise defined as ischial, is the longest nerve in the human body; it arises from the spinal cord, reaches the buttocks and thighs, and runs along the back of the legs. It innervates almost all of the leg’s skin, regulating its sensitivity and muscles from the back to the foot.

What Is Vitamin B12 Used For?

Vitamin B12, or cobalamin, is not a single substance but a complex of compounds. It is also called a “red vitamin” due to its color, and it performs the function of a coenzyme in the body because it helps the enzymes to carry out their work.

Vitamin B12 contributes to cell division, participates in energy metabolism and immune defenses, contributes to the normal functions of the nervous system and psyche, and produces red blood cells.

Where Is Vitamin B12 Found?

Vitamin B12 is found in significant amounts only in foods of animal origin. Fish are also considered a good source of B12; they absorb the essential nutrient through the plankton in the water and create it themselves with the help of their intestinal flora.

Eating meat, fish, eggs, offal, and unpasteurized dairy products makes it possible to satisfy the daily requirement. Vitamin B12 is not present in plant foods, except fermented foods, such as sauerkraut or beer, and foods contaminated with bacteria (such as tubers and roots), which may contain traces of different variants of B12.

What Are The Symptoms Of Vitamin B12 Deficiency?

The traditional method of diagnosing vitamin B12 deficiency is through the measurement of total serum vitamin B12 concentration and other values ​​​​such as holotranscobalamin (Holo-TC), also known as “active B12” this is a value of laboratory signaling a possible early-stage B12 deficiency.

Low Holo-TC values ​​​​indicate a depleted B12 supply or a B12 shortage. Measurement of methylmalonic acid (MMA) is also helpful in suggesting a possible B12 deficiency.  A decrease in vitamin B12 stores can lead to a slowdown of electrical information along nerve tracts and insufficient regeneration of nerve cells and linings.

Particularly in the sciatic nerve, the lack of vitamin B12 can manifest in an intense burning that becomes more acute when walking or bending the leg and back. These symptoms can be superimposed on forms of disc herniation and, therefore, can be confused.

If an orthopedic visit with instrumental investigations excludes a problem related to the spine and hernias, the hypothesis could be a lack of vitamin B12. Other associated symptoms are weakness in the legs, loss of power when running, trouble urinating, with slight incontinence.

Vitamin B12 And Nerve Health

When faced with vitamin B12 deficiency, we speak of subacute combined degeneration, which can involve the spinal cord. Vitamin B12 is essential for forming and preserving the fatty sheath, the myelin sheath, which surrounds some nerve cells and accelerates the transmission of nerve signals.

In subacute combined degeneration, myelin is damaged, causing deterioration of sensory and motor nerve fibers from the spinal cord. The brain, eye nerves, and peripheral nerves can also be damaged. Sometimes more complexes are needed to help the well-being of the nervous system.

How long do you take Vitamin B12 supplements? It depends. Nutrition, sports, joint problems, sciatica, and nervous system disorders provide different dosages and times that are agreed upon by the doctor.

Inflammation Of The Sciatic Nerve, The Role Of Vitamin B12

Vitamin B12 is tasked with building a protective barrier around the nerves, allowing the impulses of well-being to be sent and not of pain. This vitamin is essential in producing myelin, a complex system of proteins that creates a protective fatty layer around the nerves, transmitting pain impulses to the brain. Vitamin B12 deficiency initially manifests with chronic sciatic nerve pain and then extends to other areas of the body, with wear and tear of the protective nerve tissue.

The human organism needs a modest amount of it: according to the Higher Institute of Health, its minimum daily requirement, usually covered by the diet, is at least 2 micrograms per day. Exceptions are special periods, such as pregnancy and lactation, during which the B12 requirement increases to 4.5 µg or 5.5 µg per day .

In periods when B12 is scarce, our body has reserves which, if well fed, contain about a thousand times the dose (4 g) corresponding to the daily requirement of B12. Be careful, however, that constant underfeeding can lead to the depletion of reserves.

Sciatic Nerve Pain: What To Do?

In the event of serious ailments, it is necessary to seek medical attention and carry out routine tests, not only screenings to assess vitamin reserves but also tests to test muscle power and reflexes, to notice any unwarranted declines.

Usually, if a vitamin B12 deficiency is found, the doctor adjusts the diet and administers vitamin B12 supplements; in any case, wait for the doctor to prescribe them and avoid diagnoses and do-it-yourself remedies.

While we will carry on the treatment based on vitamin B12 supplements to treat the sciatic nerve when inflamed, there is nothing better than a daily ice-based treatment to be placed on the painful part for about twenty minutes. Ice is never placed directly on the skin but rests with a cloth.

Although it may be unnatural, a delicate massage, even in the event of pain, helps the blood flow, the spraying of the nervous tissues, and therefore the release of endorphins with the function of an endogenous painkiller; it is also possible, if the pain permits, a routine, not excessively strenuous exercise, such as a light stationary bike, can help.

In addition, it is necessary to remove the inflammation through conventional therapies based on local and broad-spectrum anti-inflammatories, my relaxants, and possibly rehabilitation therapy.

How To Supplement Vitamin B12

The ideal preparations for replenishing vitamin B12 contain it in natural and assimilable forms. Among these are methylcobalamin and adenosylcobalamin – but also hydroxocobalamin, which the body can accumulate very well, such as Dobetin 5000, based on cyanocobalamin, usually indicated for back pain, and polyneuritis in general, or Neuraben, a vitamin B1 complex, B6 and B12, effective in case of sciatica.

Attention to those who have manifested hypersensitivity to cobalt. Sometimes it is necessary to associate vitamin B12 with folic acid, not only to treat forms of sciatica but also to prevent changes in the season during periods of intense work, under stress, due to food shortages, in case vegetarian or vegan.

A multivitamin supplement such as Betotal helps to pass through these periods, and formulations are studied for both the youngest and the elderly. It is essential to always ask the pharmacist’s opinion for a correct preventive choice.

To improve the absorption of vitamin B12 through “intrinsic factors” that are formed in the stomach, water-soluble vitamin B12 should ideally be taken on an empty stomach or between meals.

Read Also: Acne: What It Is And The Best Remedies To Prevent And Treat It