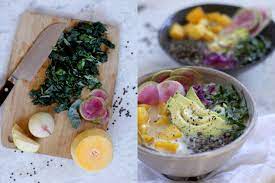 Pes of Miso is divided mainly by the duration of the fermentation to which the soy has been subjected and by the yin or yang polarity according to the macrobiotic cuisine. Miso is essentially a moderate yang food of the macrobiotic diet because it is salted and fermented and because its action is to heat but, according to the principle of relativity of yin/yang polarities.

According to which there are no absolutes but only complementary and relative foods to each other, different types of Miso have different yang shades. On a descending scale from the most yang to the least yang, we can classify the most common types of Miso as follows:

Simple And Quick Recipes With Miso

Miso can be used in many ways. The best-known recipe is simple miso soup : Ingredients for two people

We cut the vegetables and boiled them with the seaweed for a few minutes until they softened. At the end of cooking, turn off the heat and add the miso paste previously dissolved in a little water. We stir until it has completely dissolved in the broth, add the shoyu to taste for flavor, and serve hot.

Another well-known recipe with Miso is noodles in miso soup : Ingredients for two people:

We cut the vegetables and the seaweed and boil them in the water over low heat until they are softened. Add the diced Tofu and cook for another 10 minutes. Turn off the heat and add the Miso dissolved previously in warm water. We mix, add the spaghetti, cover and let it rest for 5 minutes. Sprinkle it with grated fresh ginger, and the soup is ready.

Miso can also be used for pasta soup, replacing the noodles (rice noodles) with semolina or wheat pasta or with any other cereal added already cooked to the soup base. There are many variations to experiment with: using the vegetables usually found in winter and choosing the type of Miso that best suits your taste, you can cook many soups.

The principles are simple: use seasonal vegetables and only mix up to three varieties in the same soup. Miso soup is usually recommended at the beginning of a meal to favor the assimilation and digestion of what is subsequently ingested.

Miso can be an alternative to bouillon cubes and salt to flavor risottos, soups, and velvety soups. It must be remembered that Miso is a living food rich in fermentation. Therefore it is advisable to add it to dishes without cooking; when the flame is out, after having dissolved it in a little hot water before mixing it, This is the only way to keep its rebalancing qualities intact.