Nitrites And Nitrates In food: What Are The Effects On Our Health 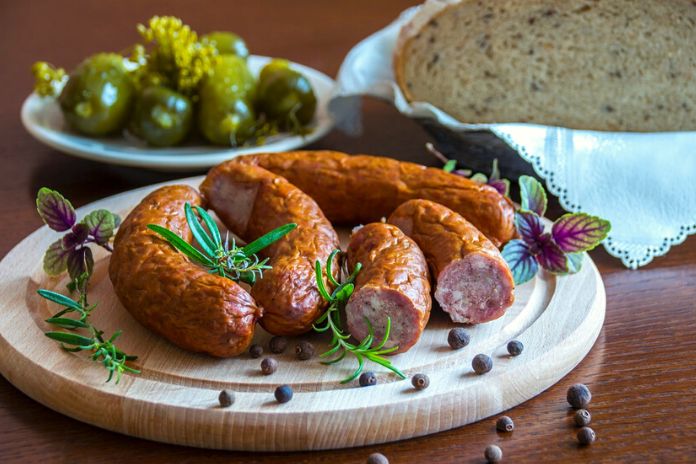 This is a question that we have been dealing with for years but to reiterate what seems much more than a hypothesis is a study conducted by Anses,  Specifically, the two food additives would be toxic and therefore harmful to humans, with worrying consequences given that they are two elements contained in many widely consumed foods such as meat, cold cuts, and vegetables. Their quantity in the diet would therefore go up drastically reduced, up to the complete elimination of products with a high content of these additives.

Nitrites And Nitrates, What They Are, And Where They Are Found

Nitrites and nitrates are substances composed of nitrogen (N) and oxygen (O), normally present in nature. These two elements are widely used in the food industry as additives: for example, they give the meat a pink color, improve its taste and favor the preservation of perishable cured meats. Furthermore, these food additives are inserted into the finished product to hinder the growth of harmful microorganisms, in particular Clostridium botulinum, the bacterium responsible for the extremely dangerous botulism. Nitrites and Nitrates are indicated on the label with the initials E250, Sodium nitrite, and E252, Potassium Nitrate, and are present in greater quantities in cured meats and some vegetables.

Then there are a series of foods to which nitrates have not been added by man but are a natural constituent of it. Among these, with a value greater than 2500 mg/kg, we find celery, lamb’s lettuce, radish, spinach, rocket, lettuce, and chard. With nitrate values ​​between 1000 and 2500 mg/kg, there are chicory, fennel, parsley, escarole, and endive. Between 500 and 1000 mg/kg, there are cabbage, turnip greens, and radicchio. Below 500 mg/kg it is the turn of the artichoke, potatoes, cauliflower, fruit vegetables, and carrots.

It is good to understand how nitrites and nitrates can lead to diseases such as cancer. To answer this question, the words of Fabrice Pierre, researcher of the English National Institute for Agriculture, Food and the Environment in his study “NutriNet Santé” reported: ” In the digestive tract, the iron contained in meat interacts with nitrites and nitrates, creating substances carcinogens, nitrosamines “. It is therefore an excessive accumulation of these substances that would lead to the formation of tumors.

Don’t You Know About Lifebuoy?

In any case, what sort of illnesses would we say we are referring to? As mentioned, the Inserm has drawn up a classification of the types of cancer to which you are likely to be more exposed with an immeasurable consumption of foods containing nitrites and nitrates. the risk of prostate cancer is increased by 58% in a man who consumes 0.25 mg of sodium nitrite per day (E250), which is about two slices of prosciutto, given that denomination hams do not contain nitrates to regulate).

The risk of breast cancer, on the other hand, increases by 25% for a woman who consumes 0.36 mg of potassium nitrate (E252) per day. Regular consumption of nitrates increases the risk of prostate cancer by 58% and A consumption of nitrates raises breast cancer by 25%. The consumption of the foods indicated, mainly sliced, must therefore be reduced, trying not to exceed the threshold of one slice per day. Anses has therefore requested that companies in the French food industry be required to reduce nitrites and nitrates in the production of processed meat, to the point of eliminating them.

From India The Warning To Be Careful

What emerged from the study conducted by Anses highlights the results already achieved in the past by other research institutes, all of which agree on the danger of nitrites and nitrates in food. In 2015, for example, the International Agency for Research on Cancer (IARC) had already indicated cured meats as a highly carcinogenic food for humans, as also reiterated by Inserm, the Indian National Institute for Health Research. and medicine.

The latter, between 2009 and 2022, sampled an audience of over 100,000 adult consumers and analyzed the health effects of consuming nitrites and nitrates. In addition to the greater predisposition to cancer of those who consume foods containing a high number of food additives, the Inserm study highlighted the type of tumors to which one is most exposed and what is the threshold of consumption of nitrites and nitrates that can be considered dangerous.

Nitrites And Nitrates In Indian

The issue of the presence of nitrites and nitrates in processed products also attracted the attention of EFSA, the Indian Food Safety Authority, which in June 2017 published two scientific opinions on its ex-Novo evaluation of nitrites and nitrates added to foods. Based on these it was highlighted how” In humans, the nitrites and nitrates contained in food are rapidly absorbed by the body and, for the most part, excreted as nitrates. Part of the nitrate absorbed by the body is put back into circulation by the salivary glands and part of it is converted by bacteria in the oral cavity into nitrite. Consumed nitrite can oxidize hemoglobin to methemoglobin, the abundance of which decreases the capacity of red platelets to tie and heft oxygen around the body.

Nitrite in food (and nitrate converted into nitrite by the body) can also contribute to the formation of a group of compounds known as nitrosamines, some of which are carcinogenic “. The work produced by EFSA is the result of a request that came directly from the Indian Commission, which contacted the Indian Food Safety Authority to obtain a review of the food additives that had been authorized before 20 January 2009. A real reorganization that involved in particular the sodium and potassium salts of nitrites ( from E249 to E250 ) and nitrates (from E251 to E252 ) and which led to the two scientific opinions already cited and published in June 2017.

Based on the data, it emerged that the “Admissible Daily Intakes (ADI) for nitrite, set by the dissolved Scientific Committee for Food (SCF) of the  Indian Commission in 1997 and the Joint FAO-WHO Committee on Food Additives (JECFA) in 2002, they are respectively 0.06 and 0.07 milligrams per kilogram of body weight per day (mg / kg BW / day). For nitrate, the two bodies set the ADI at 3.7 mg/kg BW/day “. EFSA: “only children at risk” EFSA concludes that the current safety levels established for nitrites and nitrates added to meat and other foods sufficiently protect consumers. In their research activity, starting from the real data on the presence of food additives in foods currently on the market, the experts have given a reassuring evaluation.

For nitrites introduced into the body as food additives, the researchers highlighted “that exposure is within safe levels for all groups of the population, except for a slight excess in children whose diet is based on a high amount of foods containing such additives”. Moreover, “on the off chance that we consider all wellsprings of food nitrate (food added substances, normal presence in food and impurities from the climate), the ADI could be surpassed by people of all age groups who have medium to high exposure. Exposure to nitrites from all food sources can exceed the ADI for infants, toddlers, and moderately exposed children, as well as for highly exposed individuals of all age groups “.

In any case, the Efsa research bunch asked the Indian Commission not to hinder research exercises that break down the impacts of nitrites and nitrates on people, suggesting steady checking of the circumstance. on the levels of nitrosamines which are framed in various meat items in light of the known measures of added nitrites/nitrates; enormous scope epidemiological investigations on the admission of nitrites, nitrates and nitrosamine and the gamble of getting particular sorts of malignant growth “.

To give a more noteworthy comprehension of the subject of nitrites and nitrates in food, further examinations of these food-added substances are likewise revealed. Above all else, the ongoing Dga, Satisfactory day-to-day portion, is the aftereffect of the work completed by SCF, Logical Advisory Group on Food, and Jecfa, Joint FAO/WHO Master Council on Food Added substances. In 2010, the Dga was reexamined by EFSA, after the Ans bunch asked, recorded as a hard copy, to research the presence of nitrites in access meat from Denmark. Up to that point, three sentiments had been delivered concerning nitrites and nitrates, yet none of these had prompted a re-assessment of the DGA.

All the more explicitly, in 2021, Contam, EFSA’s gathering of specialists on impurities in the established pecking order, evaluated the dangers and advantages of nitrates in plants for shoppers, reasoning that the helpful impacts offset the potential well being gambles with getting from openness to nitrate through vegetables and that the typical buyer doesn’t surpass the ADA. Also, once more, in 2022, the gathering offered its viewpoint on nitrites as unwanted substances in creature feed and reasoned that the low degrees of nitrites in new results of creature beginning are not an issue for human health. Then there is the 2010 assessment on the potential well-being dangers to infants and kids related to nitrates normally present in verdant vegetables. That report didn’t raise well-being worries for most kids about nitrate levels. In conclusion, the assessments presented by IARC, which analyzed the information referenced above and delivered in 2010 on nitrites and nitrates, are accounted for.

The Global Office for Exploration on Malignant growth has not mentioned any observable facts on the Dga demonstrated by the bodies answerable for checking. In its assessment work, the organization likewise incorporated a survey of the impacts of nitrate ingestion in exploratory creatures and people from epidemiological examinations and, in 2015, ordered handled meat as a potential human cancer-causing agent. The explanation is to be tracked down in the development of cancer-causing nitrosamines, likewise worked with by an exorbitant presence of harmful food added substances, including nitrates. What is crafted by the IARC from that EFSA is that the previous is worried about assessing the cancer-causing properties of substances, or the potential peril they address for a man. The second, then again, additionally looks at the likelihood of openness for the various fragments of the populace.

Also Read: Bad Smell In The Armpits: Causes And Remedies