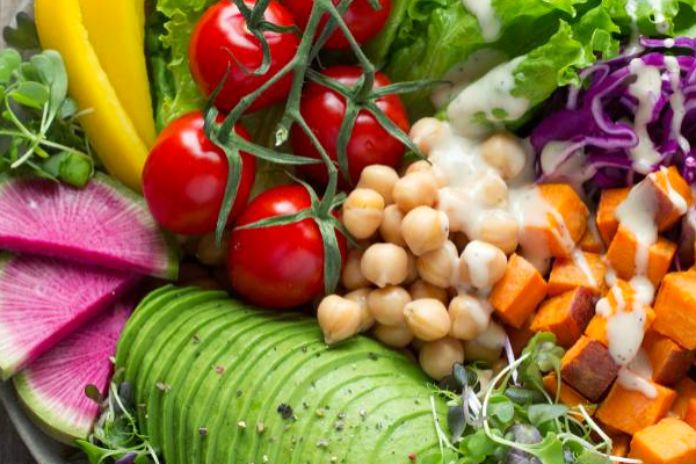 Vegan Diet, What Is It

The vegan diet is a diet devoid of all foods of animal origin, that is, which excludes:

Therefore, it includes only foods of plant origin, such as:

Difference Between A Vegan Diet And A Vegetarian Diet

While the vegan diet excludes any food of animal origin, the vegetarian diet typically excludes only meat and fish, including eggs, honey, milk, and derivatives. However, there are several sub-categories of vegetarian diets, such as:

Veganism And Respect For Animals

One of the main reasons that push vegans to embrace the lifestyle of veganism is respect for animals. Avoiding food of animal origin is a way to take a stand against exploitation and cruelty towards any living being. According to the Vegan Society, in every breeding system, regardless of animal welfare and quality standards, the five principles of freedom that measure animal welfare (“The Five Freedoms”: freedom from hunger, pain, discomfort, fear, freedom to exhibit natural behavior) can never be completely satisfied.

Another issue supporting veganism is the environmental one. The production of meat and other products of animal origin involves:

A well-balanced vegan diet, possibly with the help of a nutrition expert, does not involve any risk of nutritional deficiencies, except vitamin B12, which is utterly absent in plant foods. Therefore, it is necessary to take it in the form of supplements.

Vitamin B12 is present only in some animal foods, such as meat, fish, eggs, and dairy products; therefore, if these foods are excluded, it is essential to follow a correct supplementation of vitamin B12 throughout life.

Vitamin D, on the other hand, is also present only in some foods of animal origin, such as eggs and fish; however, in minimal quantities, such as not to be sufficient to cover the vitamin D requirement, especially in the winter period, in which the reduced exposure to sunlight also reduces its endogenous production. Whether you follow an all-encompassing, vegetarian, or vegan diet, it is essential to monitor the levels of vitamin D in the blood to set up any targeted supplementation.

The vegan diet is restrictive in terms of variability. Therefore, it is essential that it is well balanced to avoid the risk of nutritional deficiencies, such as:

Especially in the initial phase, it is strongly recommended to consult a vegan nutrition expert.

Supporters Of The Vegan Diet

Among the supporters of the vegan diet or, in any case, of a diet with reduced consumption of foods of animal origin, there are many internationally renowned experts, including:

Suppose you are considering adopting a plant-based diet. In that case, it is essential to get the best information to evaluate whether this choice is right for you and, above all, to understand how to plan your diet to avoid nutritional deficiencies.

In addition to seeking the opinion of an expert in vegan nutrition, it may be helpful to consult some books on these topics, among which we can mention:

The Food Pyramid In The Vegan Diet

The food pyramid in the vegan diet summarizes and indicates the variety of foods and the recommended frequency of consumption. In particular, it includes five food groups:

Values ​​To Keep Under Control In Case Of A Vegan Diet

Although a balanced vegan diet can be complete in all nutrients, it is advisable to monitor some values ​​at risk of deficiency, including:

Here is an example of a 100% vegetable menu.

Vegan diet, what to eat? A 100% vegetable diet has fewer types of food available than an omnivorous diet, but with some imagination, you can always create different and tasty dishes! Vegetables, for example, are very versatile in the kitchen and can be used to make:

Legumes can also be used in flour or 100% legume paste. For example, chickpea flour can make an excellent porridge or savory pancakes that can be a tasty second course. Furthermore, you can make a delicious ragu with lentils or dehydrated soy.

Today there are many specific foods for vegans, but pay attention to the ingredients and nutritional values! These products are often rich in fats, calories, and refined ingredients, and the risk is consuming too many calories and few nutrients! We, therefore, opt for simple foods, such as soy derivatives, including: