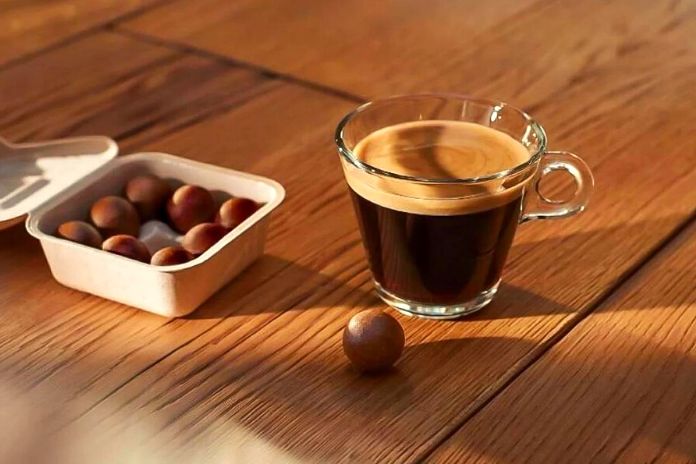 For many Indian, capsules and pods have replaced the traditional Moka. But some propose a third way: compostable coffee balls, free of plastic and aluminum.

Capsules – Or Pods – For Coffee, The Opponents Of The Moka

Some cannot do without it, those who cannot tolerate it and those who drink it every day without even wondering if it is good or not; what is certain is that coffee is a fixed presence in the life of Italians. It cannot be considered just one of the many drinks for breakfast because it is a piece of our culture and an occasion for socializing.

But how do our compatriots prepare for it? Who wins the duel between mocha and coffee pods? First of all, it should be noted that capsules and pods are not synonymous: the former are cylindrical and covered in plastic or aluminum, and the latter has a flatter shape and is wrapped in paper.

According to Competitive Data, the turnover in our country stood at 1.6 billion euros in 2021, with a +12.4% compared to the previous year; a figure includes both production and imports from foreign multinationals. The segment that grows the most is families, with a +13.6% year-on-year volume. Their market appears mature.

Coffee Pods: Are They Healthy?

Looking for information on the Net, it comes across articles and posts claiming that coffee capsules are harmful. Asking a few questions about it is legitimate, given that the capsules still contain aluminum and plastic materials. However, several experiments have been conducted, and all reached reassuring conclusions.

The magazine Il Salvagente, for example, had the espresso coffees made with capsules analyzed by three different laboratories. And it did not find phthalates, bisphenol, much fewer pesticides, acrylamide and furans (toxic substances, the latter, which derive from roasting the beans at high temperatures). Only the concentrations of furan increase slightly, only to disperse within a few seconds and remain well below dangerous concentrations.

Coffee In Capsules: The Issue Of Disposal

The big problem related to the capsules, instead, is the disposal. The pods are now almost all compostable or biodegradable. On the other hand, the capsules must be disassembled, divided and rinsed in the aluminum or plastic part to place in the correct bin; the coffee grounds, on the other hand, can be reused as compost or placed in the organic waste bin.

Alternatively, the aluminum capsules can be taken whole to the recycling center of one’s municipality of residence, where they are taken over by the aluminum packaging consortium (Cal). Even some shops make themselves available to collect the used capsules and take care of the disposal.

In reality, however, this system could be more convenient. And many, partly out of ignorance, partly out of haste and partly out of lack of awareness, end up throwing the capsules away in the undifferentiated waste as they are.

The Life Pla4coffee project website states that in 2010 10 billion coffee capsules were sold worldwide, translating into 120,000 tons of waste, mostly (70,000) in Europe. In Italy, 12,000 tons of capsules are in landfills or incinerators annually.

Coffee In Capsules: Now The Compostable Balls Are Coming

The Swiss supermarket chain Migros offers an alternative: coffee balls instead of capsules. They are called CoffeeB and consist of pressed coffee wrapped in an invisible casing made with algae polymers.

Since there is no plastic or aluminum, not even in the packaging, after using only a shell of organic material remains, which can be thrown into the organic fraction of waste or in the home composter, there’s more: to obtain a steaming cup of coffee, a dose of the blend up to 40% lower than the usual capsules is enough.

To use them, you need to have a suitable coffee machine. Il Fatto Alimentare, after having tested it, argues that it is a little bulky but silent, fast, low on energy and easy to fix in case of breakdowns. In short, entirely worth the other options on the market.

Read Also: What Are Natural Antihistamines?