Pale Complexion & Tired All The Time? 10 Symptoms Of Iron Deficiency 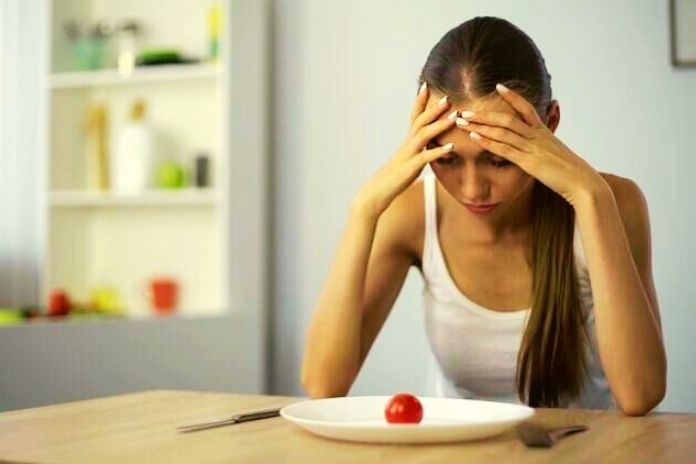 Iron deficiency manifests itself through a wide variety of symptoms—the best known: paleness, tiredness, and headaches. We reveal how you recognize an iron deficiency and what helps against it.

Tired, unfocused – and despite getting enough sleep? Someone here is ready for vacation! However, it is also possible that the body suffers from an iron deficiency. Women, in particular, are often affected by this deficiency. And leaden tiredness or difficulty concentrating are classic symptoms.

Iron Deficiency: What Is It Anyway?

Iron deficiency occurs when we do not eat enough iron-rich foods such as spinach or meat. Women in particular often suffer from mild to moderate iron deficiency. Many don’t even notice it because the symptoms are nonspecific and can have many causes.

A slight iron deficiency is not harmful, but it should be corrected because too little iron in the body can impair our performance. Why? In the red blood pigment, haemoglobin binds oxygen and transports it from the lungs to the entire body.

Iron deficiency anaemia is prevalent in women because they lose a lot of blood and iron through monthly bleeding. In Europe, every tenth woman of childbearing age is affected!

How High Is The Iron Requirement In Women?

Women should consume about 15 milligrams of iron with food per day. The woman’s iron requirement increases during pregnancy: The Nutrition Society recommends an iron intake of 30 mg/day for women during pregnancy and 20 mg/day for breastfeeding women.

To be adequately supplied with the mineral, iron-rich foods should be on the daily menu: meat, millet, oatmeal, or spinach. Iron deficiency and symptoms such as fatigue don’t stand a chance! We are only tired and unfocused when we have turned night into day and celebrated too wildly…

Iron deficiency, yes or no? You can read about typical symptoms here. If two or more signs apply, a doctor should be consulted. Using a blood test, he quickly finds out whether the iron deficiency is the cause of the symptoms or whether something else is behind it.

Tired all the time despite getting enough sleep? The cause may be iron deficiency. Fatigue is one of the classic symptoms.

We can’t concentrate, our thoughts wander, and we’re not up to par physically either. We quickly get tired. These can also be signs of a slight iron deficiency.

Headache As A Typical Symptom

Anyone who constantly suffers from headaches, although neither the neck is tense nor other physical causes can be found, can also have an iron deficiency.

Do we always react irritably no matter what friends, family, or colleagues do? Or are you nervous for no apparent reason? This can also indicate an iron deficiency.

Iron Deficiency Can Cause Rough Skin

Although we constantly apply lotion, dry, rough skin or cracked areas at the corners of the mouth indicate an iron deficiency.

Grooves In The Fingernails

Many women believe that white nail tips indicate a lack of iron supply. However, that is not true. What’s true: Grooves in your nails can be a sign of iron deficiency.

Pale, sallow complexion: If the skin has poor blood circulation, a lack of iron can cause. Finally, iron is an essential red blood pigment (haemoglobin).

Heart Palpitations Due To Iron Deficiency

Heart palpitations because seeing the man of our dreams is a great thing. Rapid heartbeat for no apparent reason is more of a concern and may be related to iron deficiency.

Well-functioning digestion speaks for good health. Diarrhoea or constipation, on the other hand, indicates an illness. Iron deficiency can be one of the reasons for constipation.

Shortness Of Breath Can Also Be A Symptom

There are a variety of causes for shortness of breath: Asthma, bronchitis, or even iron deficiency. A doctor should clarify the reason as soon as possible.

What Diet Is Recommended For Iron Deficiency?

Do you suffer from iron deficiency? With a balanced diet, you can ensure that your body is supplied with essential vitamins and nutrients.

It should be noted that the body can absorb iron from animal foods particularly well. The absorption of iron from plant foods, on the other hand, is a more complex matter. Vegetarians and vegans, in particular, must therefore pay special attention to their iron supply.

Caution: Drinks such as black tea, coffee, or milk impede iron absorption in the body!

Suppose you cannot regulate your iron deficiency by taking in enough iron from your diet. In that case, you still have the option of taking iron supplements, for example, in the form of tablets or capsules.