5 Home Remedies To Get Rid Of Wart 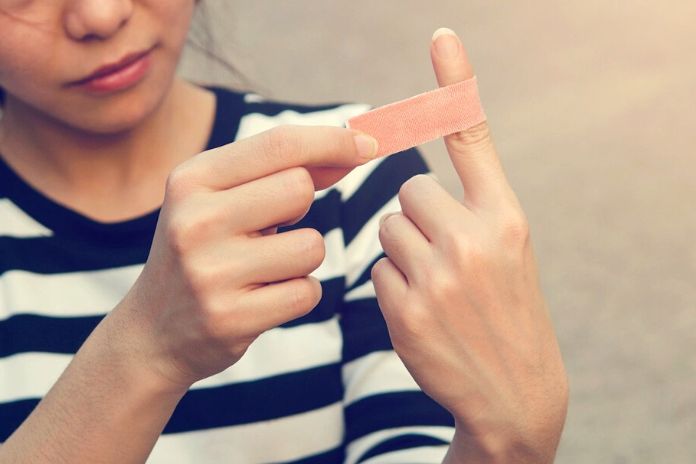 Warts are unsightly and sometimes painful. If you have developed these little skin growths, you can use these home remedies to make them disappear. Truck Mania presents five recipes to act naturally and eliminate a wart quickly. Celandine, An ancestral wort herb Celandine, has long been known for its effectiveness in treating warts. This plant is not for sale in garden centers because it is a weed. It is recognizable by its swallow-shaped leaves and bright yellow flowers.

Long considered a magical plant, celandine has lost some of its acclaim with dermatologists. However, before considering any radical, physical or chemical treatment, it is worth testing its effectiveness on your wart. Its action is due to a juice contained in its stem and containing an alkaloid, coptisine. By preventing the multiplication of cells, this substance with antimitotic properties limits the wart in space and weakens it.

How To Use Celandine?

To treat a wart with celandine, it is enough to cut the stem of the plant in half and apply the juice that comes out directly on it. It is advisable to repeat the operation twice a day, and this, until its complete disappearance. The downside of the remedy is the unsightly yellowish color it leaves on the skin. You can cover the area with a bandage to camouflage this aspect of the treatment. Be careful, celandine is corrosive and toxic, so it is not recommended to use it in the treatment of warts in children. On the other hand, adults can dry leaves to consume them in infusion or soak compresses to apply on the wart.

Lemon And Its Antiseptic Action

Lemon has antiseptic properties, which can significantly help eliminate a wart. There is also a particularly effective recipe with lemon and white vinegar well known to grandmothers to treat warts, especially in winter, when the celandine has disappeared from the ditches.

To prepare your remedy, take the yellow layer from the skin of the lemon, taking as little white as possible to keep only the practical part. Then immerse these barks in wine vinegar and reserve the preparation in an airtight jar. Close tightly to macerate for at least a week. Once the lemon rind has become soft and supple, take it with tweezers and cut small pieces with scissors the size of the wart. Do not cut larger pieces, as they will burn the surrounding skin.

Application Of Lemon Peel On The Wart

Take a piece of cotton and soak it with the maceration vinegar; it will serve as a support for applying the macerated lemon peel to the wart. The vinegar will keep the lemon from drying out, and that’s important because you’ll need to keep the dressing on overnight for maximum effectiveness. Be careful that the lemon is in contact only with the wart and maintain it with the compress and the plaster. Then let it act; if you feel tingling, it’s normal, and it’s also a sign that the lemon is taking action. Remove the dressing the next morning when you wake up and repeat the application the following days if the wart is recalcitrant. In principle, starting again between 2 and 5 times is necessary to remove the wart altogether. You can keep the same preparation and reuse it as many times as necessary, provided you keep it in an airtight container.

It is a food used in many preparations, including warts treatment, because it can soften and weaken them. Here is how you should proceed to remove a wart with apple cider vinegar:

A Quick Results Thanks To The Use Of Fresh Garlic

Garlic has long been used in the treatment of warts because it contains allicin. This substance is a highly active sulfur compound in the pod, which is revealed when it is crushed. It is she who gives it that smell as well as antiviral characteristics. It also has proven helpful in treating papillomaviruses that cause warts on your skin. Here’s how you should do it at bedtime because you must keep the mixture on all night.

Chop a clove of garlic into a paste, to which you can add a drop of oil to make it easier to apply. Put this preparation on the wart, taking care not to overflow on the skin that would be attacked. Apply a bandage to hold the garlic paste and rinse the following day thoroughly. Using soap to clean the wart is advisable, as this will dry it out. To avoid damaging the skin around the wart, you can protect it with nail polish, and it will not suffer from the direct action of garlic.

Cure A Wart With Salt

Salt is often used in hygiene and home maintenance. It is also beneficial in treating warts, softening them and making them disappear faster. After cleaning it with water and neutral pH soap, you can apply coarse salt directly to the wart. For plantar warts, you can prepare a bath with hot water, to which you will add two handfuls of coarse salt. Repeat the bath for several days for enhanced effectiveness.

Also Read: Natural Remedies For Sore Throat, The Most Effective